Instagram is considered to be one of the biggest social media platforms where celebrities all over the world have been able to use to interact with their fans. It has become the platform where celebrities show off to the world what they are up to personally and career-wise.

Celebrities check their numbers every day to see how they are doing and the number of followers you have determines your popularity and this is used as bragging rights. So guys, as at the time of publication, these are the ten most followed South African celebrities on Instagram in 2023 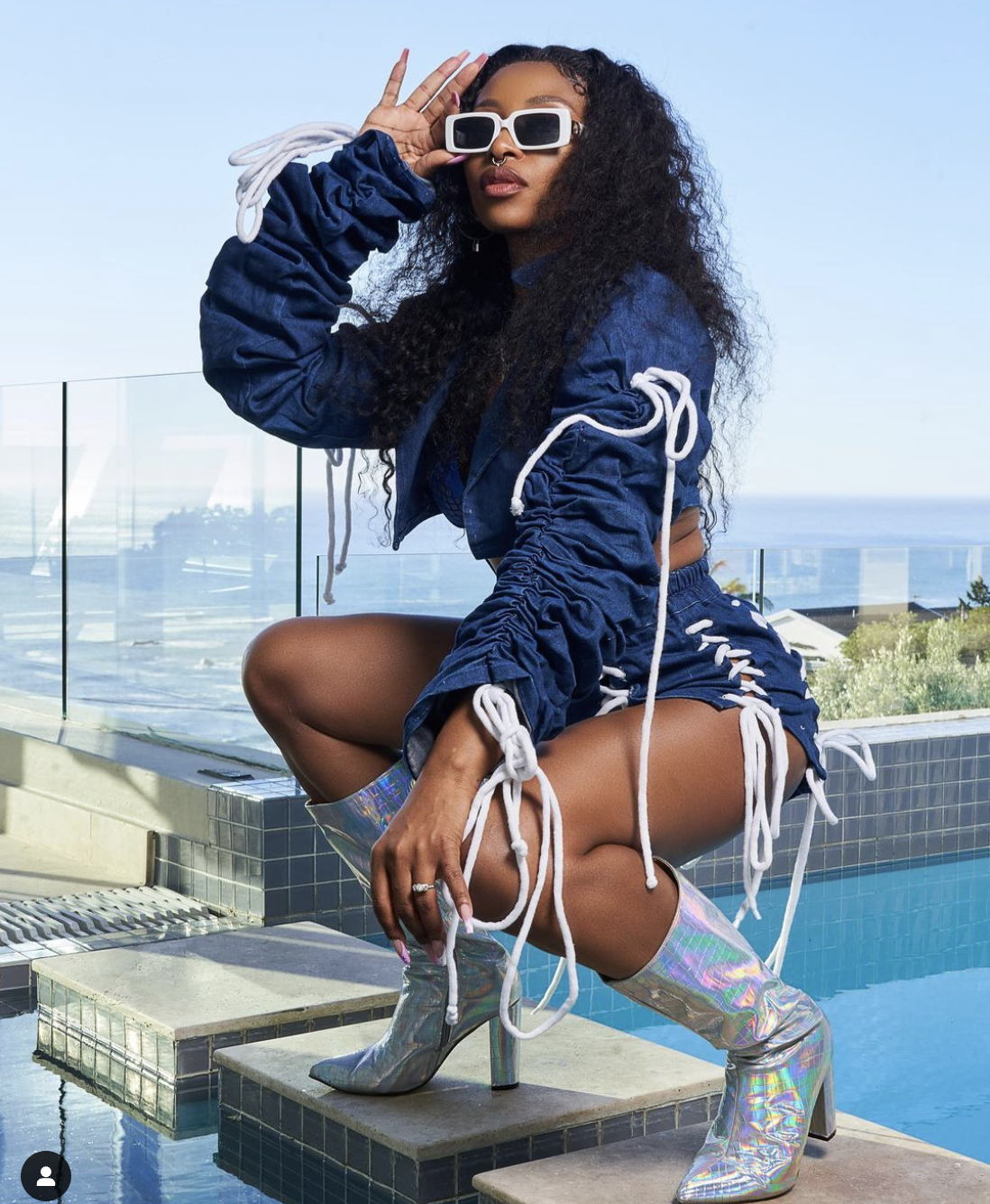 DJ Zinhle is a South African deejay who served as the resident DJ on the SABC1 music show Jika Majika. She was born Ntombezinhle Jiyane and hosted her own radio show on YFM. DJ Zinhle is also an actress, after having appeared on television series like Rhythm City and eKasi.

Cassper Nyovest who goes by the real name Refiloe Maele Phoolo is a South African recording artist and record producer. He was born on the 16th of December 1990 in Mafikeng, South Africa to Muzuki Phoolo and Letsebela Phoolo.

Pearl Thusi is a South African actress, model and radio and television personality and also the current presenter of Lip Sync Battle Africa, as well as Moments South Africa. She made her international acting debut when she starred in the second season of US crime-drama TV show Quantico, playing the character of Dayana Mampasi.

Bonang Matheba is a South African businesswoman, television personality and former DJ. She is popular for being the host of the popular SABC1 music show Live and is now the newest host on Top Billing. 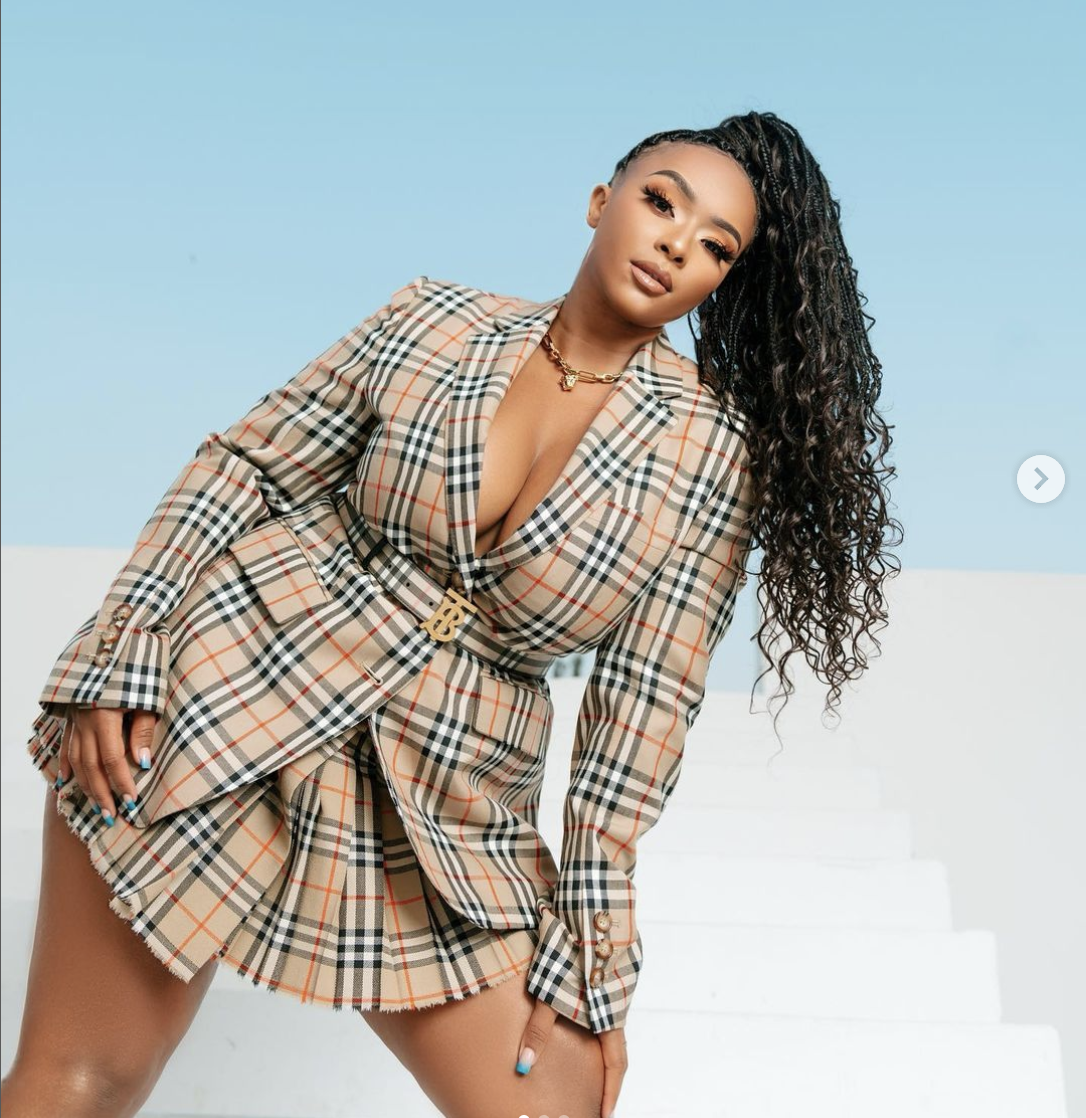 Boity Thulo is a South African television personality, rapper, actress, businesswoman and model. She is making her mark on the local scene as a self-described faithful believer and legend in the making, this South African celeb. As a popular TV personality, Boitumelo is the presenter of Ridiculousness Africa and, as of 2016, a traditional healer.

Minnie Dlamini who was born Minenhle Dlamini is a media personality, actress and model. She was born on 7th July 1990 in Durban, KwaZulu-Natal Province of South Africa. Minnie attended Northlands Girls’ High School. She then attended the University of Cape Town where she studied film, media, drama, and economics.

Trevor Noah is a popular South African comedian, writer, producer, political commentator, actor, and television host. He was born to Patricia Nombuyiselo Noah and Robert on 20 February 1984 in Johannesburg, South Africa. In 2002, he began his career as a comedian, presenter, and actor in his native South Africa.

Charlize Theron was born on 7 August 1975 in Benoni, South Africa. She is a South African-born actress, American actress, and producer best known for several awards including an Academy Award, a Golden Globe Award, and the Silver Bear for Best Actress. Theron is the only child of Gerda (née Maritz) and Charles Theron.

AB de Villiers whose full name is Abraham Benjamin de Villiers is a South African former cricketer and the captain of One Day International team. He was born on 17th February 1984 in Pretoria, Transvaal Province, South Africa.

AB de Villier’s playing role is wicketkeeper-batsman, battling style is a right-hand bat, bowling style is right arm medium and his fielding position is the wicketkeeper. He has the 10th-most total centuries scored (47) among all international cricketers.

South African supermodel Candice Swanepoel takes the number one spot on most followed South African celebrities. Swanepoel is an internationally recognised supermodel who is best known for her work with lingerie superstar brand Victoria’s Secret.